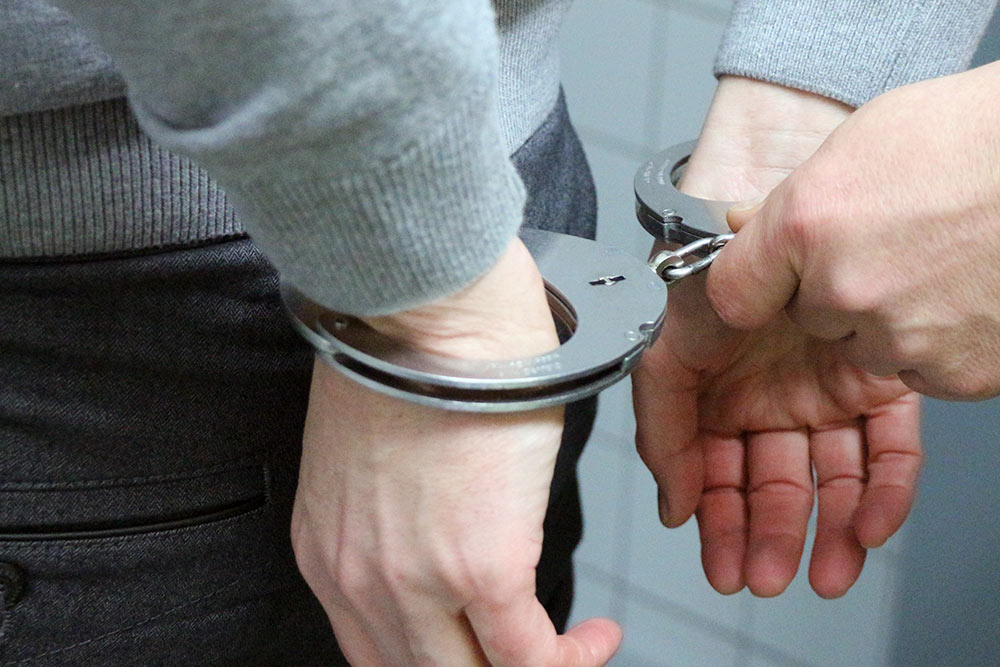 The very first thing a person needs to do when being arrested for domestic violence is call a good criminal defense attorney. You can text Shell & Nermyr at 602-284-0247 or call us at 480-775-4800.  If the police get called for domestic violence offense somebody is going to jail; it was not too long ago when the police would come out and just split the parties up but those days are over. What is more embarrassing than having two or three police cars outside your house with their lights flashing and the neighbors watching? One thing is even more embarrassing than that is when the police parade you out of your house in front of your neighbors with handcuffs on and stuff you in the back of the police car.

What Happens Once Put In Jail After an Arrest for Domestic Violence?

Once a person goes to jail they are held there to see a judge for an arraignment. The judge will decide how you live your life for the next several months. The judge can prevent you from seeing your family, can prevent you from going home, can prevent you from talking to children, can prevent you from leaving the state or going to school functions with your kids. I cannot tell you how many times I have had people come into my office and say “I wish I had not called the police”. I understand that sentiment as their whole life has now been turned upside down, the participants in the domestic violence charge are not even permitted to go to counseling together. If you have a good attorney with you at that arraignment the stress of going through a domestic violence charge can be greatly reduced. The experienced aggressive attorneys at Shell & Nermyr can usually convince the judge to allow the parties to have contact, see their children and basically live their life as normal as can be.

More often than not the man is going to be arrested in any domestic violence call. There are exceptions and sometimes women and children are charged but generally it is the man. Many times, after the man is released from jail he will come into my office and want to bring the alleged victim with him. So often the couple just wants their life to get back to the way it was without big brother, the police and courts in their lives. There are a few ways that can be accomplished. But it cannot be accomplished until the case goes to court which is usually about 30 days from the initial arraignment. During those 30 days I often advise my clients to undergo individual counseling, stop drinking if alcohol is an issue, and attend couples counseling if permitted by the court.

If for whatever reason the prosecutor will not allow diversion or you do not want to go through the diversion classes it is not too late to call the experienced criminal defense attorney such as Shell & Nermyr at 480-775-4800 or text Shell & Nermyr at 602-284-0247. There are trial strategies that can be introduced they can also lead to a dismissal of the domestic violence charges.  Obviously I am not going to share my more than 20 years of experience in this article so that some young attorney can read this and learn my tricks.  So when hiring an attorney for domestic violence charges I suggest you also ask your attorney where they went to law school. For many years the only two law schools in Arizona were Arizona State University and the University of Arizona: recently a private law school opened up here in the Phoenix area. It is important to know not only what kind of experience your attorney has but where they went to law school as well.

Here’s a little bit of advice: most police officers today are wearing what we call body cams. These body cameras record visual and audio constantly. So if the police get called to your residence for a domestic violence case, calm down speak softly and be respectful. And very clearly state “I want to speak to an attorney”.  It is very damaging to a case when the prosecutor goes into court and plays the body cam video footage and my client is ranting and raving and cussing and slurring when trying to tell his side of the story. The police do not want to hear your side of the story, they are simply looking for admissions and confessions. Do not talk to the police other than to give them your name and birthdate and to tell them you want to speak to an attorney. Then call the attorneys at Shell & Nermyr at 480-775-4800 or text them at 602-284-0247.

A domestic violence charge does not necessarily have to involve violence.  If I get in a verbal argument with my wife and I happen to disturb her peace I can be charged with domestic violence in Arizona. This is not an exaggeration, I see this type of case every week.  In order for a crime to be declared “domestic violence” the defendant and alleged victim simply need to have the requisite relationship: either they or family, have lived together, or have had a romantic relationship.  The attorneys at Shell & Nermyr have gotten well over 1000 domestic violence cases dismissed. Call us let us help you get your case dismissed 480-775-4800 or text us 602-284-0247.